Congratulations to my Greenhouse sister Talia Vance, who has a new book coming out from Egmont June 11th! Read through to the bottom of the page to find out how you can win an ARC of Talia’s second book, Spies and Prejudice!

Berry Fields is not looking for a boyfriend. She’s busy trailing cheaters and liars in her job as a private investigator, collecting evidence of the affairs she’s sure all men commit. And thanks to a pepper spray incident during an eighth grade game of spin the bottle, the guys at her school are not exactly lining up to date her, either.

So when arrogant—and gorgeous—Tanner Halston rolls into town and calls her “nothing amazing,” it’s no loss for Berry. She’ll forget him in no time. She’s more concerned with the questions surfacing about her mother’s death.

But why does Tanner seem to pop up everywhere in her investigation, always getting in her way? Is he trying to stop her from discovering the truth, or protecting her from an unknown threat? And why can’t Berry remember to hate him when he looks into her eyes?

With a playful nod to Jane Austen, Spies and Prejudice will captivate readers as love and espionage collide.

SG: Talia, thanks so much for stopping by my little blog! I just finished reading reading this book, which I loved and it was so fun to read. Where did the idea for Spies and Prejudice come from?

TV: My dad is a private investigator, and I once spent a summer working for him between college and law school.  I was a terrible spy, but the experience got me thinking about a story involving a teenage P.I.  Within minutes, Berry Fields appeared, talking in my head like a living, breathing person.  I knew that Berry was jaded and tough, and that she would not fall in love easily: she would be kicking and screaming all the way.  What kind of boy would she fall in love with?  It would have to be someone equally strong, someone who was more than Berry’s first impression.  Enter Tanner, a modern-day Mr. Darcy.  Once I knew I wanted the romance to follow the basic structure from Pride and Prejudice, I was off and running.

SG: Wow your dad is a P.I., very cool and what a great resource! Very authentic in the book. Did you research much for all the cool spy stuff/technology?

TV: I did research spy gadgets on the internet.  Some of the gadgets Berry uses (like the ninja claws) are actually available on the internet.  I also spoke to someone who worked for a company that developed gadgets for a government agency.  She couldn’t tell me about specific gadgets, but she did vet some of my gadgets, and was surprised that I came up with a few things that are actually in use.

SG: I can only imagine how many would love to get their hands on some ninja claws! So when you started writing Spies, how long did it take to write the first draft? Revisions?

TV: The first draft was written over about 90 days, which was largely deadline driven.  We sold the book off of a fifteen page sample, and the publisher wanted to see a full draft four months later.  It’s the fastest I’ve ever written anything, but the revisions took another eighteen months, including a from-scratch rewrite that took about six months.

SG: What was the hardest part of writing Spies and Prejudice?

TV: I had to cut a character based on Lydia Bennet from the final draft.  She was fun to write, but overcomplicated the plot, so I had to let her go.

SG: That’s too bad. Cutting characters you love is difficult, and would send me to the candy aisle. So If Berry walked into Albertson’s what would kind of candy would she buy? 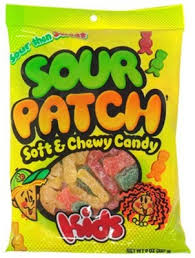 SG: Excellent choice! Sour Patch Kids are the best! So, say Berry and Tanner were real teens riding in the limo going to the dance and they got hungry, where would they stop to get food?

TV: They would stop at In-N-Out burgers.

SG: Dang I wish they had those up here in WA. Hey, Talia, do you outline? Use any visual plotting method? And what are your favorite revision tools?

TV: I wasn’t always an outliner, but I definitely outlined this story.  I used index cards and a  cork board to visualize the plot, but once I created it, I never looked at it again.  It’s funny, because I still have those cards storyboarded, and fair portion of those scenes are not in the book.  So I outlined the basic plot elements, and then allowed myself to go “off-book.”

After I finish a complete draft, I create a chart summarizing each chapter in one or two sentences.  This “big picture” outline usually reveals plot holes or scenes that aren’t moving the plot forward.  It’s a great revision tool!

SG: When do you write? What does your schedule look like? And when are you the most creative?

TV: I write on Saturday and Sunday afternoons.  Usually in four to six hour stretches. I’m most creative in my car, driving to and from work.  That’s when ideas pop into my head.

SG: It’s so weird how stuff always comes up in the car, huh? So where is the weirdest place you’ve written down story notes?

TV: I actually don’t write story notes outside of my outline.  I guess I follow Stephen King’s school of thought when it comes to story ideas.  If an idea sticks with me, than it’s something I need to write.  If it doesn’t, than I wait for the idea that does.

SG: This isn’t your first book, but did you learn anything new when you wrote this?

TV: Yes!  Every book has something to teach me, and this book taught me that it’s okay to start over.  I wrote and revised an entirely different version of this book, then threw it out and started over.  It was terrifying and liberating at the same time.  In the end, I let the characters tell their own story, and tried to keep myself from overthinking it.

SG: Have you ever wanted to strangle or shake one of your characters?

TV: Yes, Tanner.  He was not nearly as forthcoming as Berry when it came time to write.  I actually had to give a different name before he would let me peek inside his head.

SG: Um, I wanted to shake him too. What is your favorite part of the whole process of getting this book from your idea and into the hands of readers? Anything you want to share that I haven’t asked?

TV: I loved writing this book.  There were moments where the characters seemed to show up and start talking, completely wresting control of the scene from me.  Jason was especially good at stealing scenes and I loved writing every scene he was in.  But my favorite part has to be hearing from readers who enjoyed spending time with Berry, Tanner, Mary Chris and Jason as much as I did!  That’s always the hope, so it’s great when it happens.

SG: I loved these characters, especially Jason! I also loved how Mary Chris has two names, like most of the Marys I grew up with. Okay last question. When you’re sitting at your computer, stuck , what distracts you?

TV: Twitter.  I usually start tweeting my writing goals for the day as kind of a self-generating peer pressure.

**Thanks for entering! Contest is now over!** Winner is KIERRA 🙂If you want to win an ARC of Spies and Prejudice Click here to enter Rafflecopter link

If you win, I may just toss in some Sour Patch Kids too!

Sorry, you must live in the United States because I’m a poor teacher and I can’t afford international shipping!

10 thoughts on “My Interview with YA Author Talia Vance, and ARC Giveaway of Spies and Prejudice!”