My MC Kara is a baker and she thinks winning a Valentine’s baking contest will help her escape life, so in honor of Kara, I’m giving away a hardcover copy of From Where I Watch You, baking treats, and writerly treats!

I’ve been messing around my website here and realized I’ve never done a blog post (at least that I can find, or remember) about signing with my agent, Sarah Davies of Greenhouse Literary. I did have a page on here for awhile about it but it’s time to take it down and make room for other things, so I thought I’d turn it into a blog post, so I can keep it forever. 🙂

During my querying years, I always wished that every writer would post their queries and query stories on their websites/blogs since the agent query process is such a HUGE part of this publishing journey.  With the first novel I queried I sent out over 120 query letters over the course of almost a year and a half. I had five requests out of those 120 queries. Five. Five requests, 120+ rejections. Ugh.

For the next novel I kept the query in mind while I was writing, and I had a file where I’d stick little query notes for the time I would need them. With the last novel I had bought Elana Johnson’s online book From the Query to the Call, so I started with her awesome format. I started writing my query in the summer (before I started sending it out in December), and worked on it a little at a time for almost 5 months! Of course during that time I was also revising my novel. I had my critique partners critique the query for me and then I was ready to send it! So here are my stats for this novel:

So, after Query 3, I was having flashback feelings of the first novel I queried! So I went back to the query drawing board for tweaking. I had just bought Mary Kole’s book and started at the end, with her query help section. Reading this helped me fine-tune it a little bit! But… it was January, and I always hate January! Holidays were over, I had to go back to the classroom and practically start over with my kindergartners, and go on a diet. Ugh! Surely January couldn’t bring me luck. I almost waited until February to start querying again.

Little did I know this would be my best January ever!

1/14/13, Full request (this agent knew I had offers and I was confused by their emails regarding   if they were still reading or  not, or bowing out.)

Holy cow. I walked around like a dork with my mouth hanging open! The requests blew me away (because of history of course).  Those requests had me in unending smiles. Really. I was over the moon to be getting REQUESTS! And I thought, wow, this so cool, these awesome agents wanting to read my story. But of course the LITTLE VOICE comes in and says, yeah, but they’ll think your story sucks, so I’ll sit back and eat popcorn and wait for the rejections to come.

Within that one very fun week in January I had four offers of representation from AMAZING agents! Including Sarah Davies who had been at the top of my list for almost two years! And even though I had the offer from her, the other agents spent the time reading and loving my story that it was very difficult to make the final decision. Actually, this part was painful. It’s no fun to reject anyone.

This is where SCBWI played a part in my query success. I attended my first SCBWI Western Washington conference in 2010 and kept the booklet from it so I could query those agents later. Actually, one of the agents at that conference was one of the agents above to offer rep! I think I’d gotten a request from her because I’d been able to reference that conference in my query and mention that she’d read my first page in a First Pages panel and said that based on that, she would’ve kept reading to the next page!

At my second regional SCBWI conference, in 2011, I was lucky enough to have an MS consultation with Sarah Davies, where she actually nominated my story for a most promising WIP, and asked me to query her when I was ready. Nearly two years later, I queried her. 🙂

My name was listed with a bunch of other writers on the next screen.

So, here is my final query (minus the greeting, word count, etc.):

Sixteen-year-old Kara McKinley thinks winning a national baking contest will help her escape her life, which includes her Holy Roller mom and the stalker who might have killed her sister.

She tries to be a girl who cuts class to smoke weed. But her sister isn’t around anymore to teach her, or to tell her what a cookie-baking loser she is. And even though her sister is dead, Kara can’t escape what she did to her before she died, or the creepy stalker notes she’s now getting at school.

He follows Kara, hiding and leaving her love notes. So when a teacher encourages her to enter a national baking contest, Kara sees her escape–the prize, a scholarship to culinary school in California.

Kara works on her plan for winning the contest but there are distractions: like that guy who hangs out in Mom’s café, the unanswered questions about her sister’s death, and her stalker–he’s getting closer, his notes more frequent and disturbing. Kara has no one she trusts enough to tell, and if she doesn’t figure out who he is, she’ll lose everything. Her chance to escape. And her life.

This little query letter brought me to my agent, and this novel is now in the process of becoming my debut with Soho Teen, out next year! If you want to read a little more, here is my success story on QueryTracker.

Querying is both painful and rewarding, an up and down of emotions (as is the submission process, but that’s an entirely different post to come!) and if you are on that ride now, I feel for you, my heart feels for you because I know how hard it is. It’s worth it though, isn’t it? I think so. Every grey hair, every tear, and every pound gained due to gobbling chocolate was worth it because it’s a dream come true. Keep going! And go to writer conferences, especially SCBWI because it makes a difference! ❤ 🙂

What inspires you to write what you write about? I thought about this the other day and came up with my inspirations: Scooby, Stephen and Steven.

For my older kidlit writing, I love writing mystery so I know a childhood of watching Scooby Doo had something to do with it. 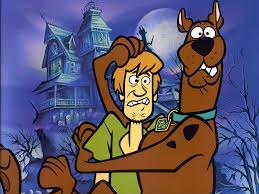 I totally love movies where people are on the menu (although I haven’t written any stories about that yet) and JAWS is my very favorite, and the best. Sorry, Sharknado. 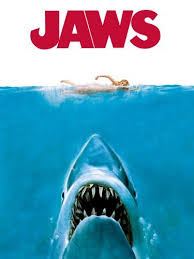 When I was a teen I gobbled up everything and anything by this King of writing. 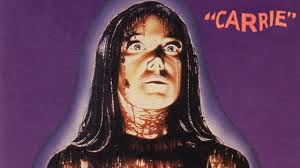 Somehow my favorite movies happen to have been made by this Steven. “They’re here.”

And I’ve been a fan of this soap since I was probably 8. As a teen I even swore to name my son after Jack Devereaux. And I did. (But I sorta named him after my Grandpa Jack too) Ok I know this doesn’t really go with the top four but this is where the romance comes in, a lot of romance, and suspense. 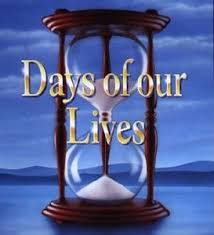 I know there are many more inspirations I could list but these are what came to mind first.

Mystery, suspense, blood, people getting eaten by creatures, ghosts and all things supernatural, and romance!

Tell me what inspires you?

Some treats we made for the kids’ Halloween parties!